The company’s “fundraiser for the earth” proves people really do care. 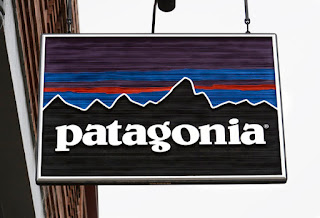 Patagonia saw an astounding $10 million in Black Friday sales  ― five times its own expectations ― and, as promised, will donate every cent toward helping save the environment.

The high-end outdoor apparel and gear retailer announced the record-breaking haul Monday, saying the “enormous love” its customers showed to the planet will benefit hundreds of grassroots environmental organizations around the world.

Company spokeswoman Corley Kenna told The Huffington Post that the idea ― which customers reportedly took to calling a “fundraiser for the earth” ― surfaced during an internal brainstorming meeting following the U.S. presidential election. Patagonia, she said, was looking for something to showcase the importance of the environment and climate change.

“We felt that these were issues that united us and I think this is a demonstration that people agree,” Kenna told HuffPost. “Our customers agree.”

Patagonia gear will no doubt be a common sight this winter season. But it’s possible we won’t see President-elect Donald Trump sporting one of the company’s fleece jackets anytime soon.

Trump has repeatedly called climate change a “hoax” and is surrounding himself with like-minded deniers. He has promised to pull the U.S. out of the historic Paris climate deal, cut all federal spending on the issue, increase America’s production of coal, oil and natural gas, and do away with Obama administration regulations aimed at cutting emissions.

The Republican, who prides himself on his business savvy, has received backlash from hundreds of big businesses, including Patagonia, which say failure to keep the U.S. in the Paris pact “puts American prosperity at risk.”

Patagonia said in a release that the money generated from its Black Friday initiative will go to grassroots environmental groups ― many of which are small, underfunded and under the radar ― that are “working on the front lines to protect our air, water and soil for future generations.”

“The science is telling us loud and clear: We have a problem,” the company said. “By getting active in communities, we can raise our voices to defend policies and regulations that will protect wild places and wildlife, reduce carbon emissions, build a modern energy economy based on investment in renewables, and, most crucially, ensure the United States remains fully committed to the vital goals set forth in the Paris Agreement on climate change.”

Patagonia has been a longtime steward of protecting the environment, donating 1 percent of its daily global sales to green causes and urging its customers to buy fewer jackets to combat the fashion industry’s wasteful culture. Earlier this month, it announced its re\\\collection line of jackets and other gear, which are made of “as many recycled materials as possible.”

“We’re just really humbled and grateful to our customers for coming out,” Kenna said.