Spring is here and that means that the maple trees will start to run.  This natural product tastes delicious, is a great alternative to sugar and it has great health benefits. 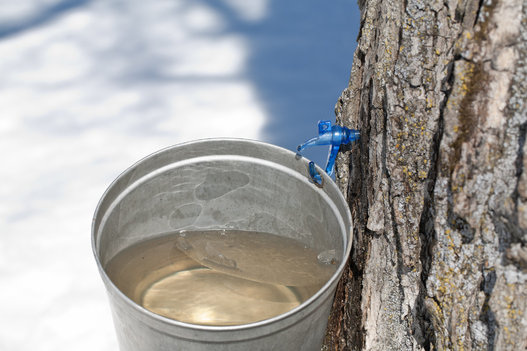 Oh, Canada! Our beloved home, and also the home of the liquid gold known the world over as pure maple syrup.

Maple syrup is as Canadian as hockey, snow, and our classic red and white. But did you know that this liquid gold also has genuine nutrition benefits?

Yes, it's almost a dream come true -- the pure maple syrup that we so love DOES have nutritional value!

But let's go back to the roots (pun intended) of how maple syrup was discovered. My dad was a maple syrup harvester for a short time and LOVES telling me the history of pure maple syrup. Early European settlers in the U.S. Northeast and Canada learned about sugar maples from indigenous peoples.

Various legends explain the initial discovery. One is that a tribal chief threw a tomahawk at a tree, sap ran out and his wife boiled venison in the liquid. Another version holds that Native Americans stumbled on sap running from a broken maple branch.

It takes about 40 gallons of sap to make one gallon of maple syrup because sap is about 98 per cent water. The sugar water is boiled over a wood fire -- and what's left is the brown, sweet syrup with which we're familiar. Some sugar makers heated the sap further, creating crystallized sugar.

So, what is it about maple syrup that has health benefits?

Antioxidants help to fight the damage that toxins and unhealthy habits and foods cause to our bodies, which eventually result in sickness and disease. In a study done comparing the antioxidant capacity of natural sweeteners, pure maple syrup has shown intermediate antioxidant capacity, along with black strap molasses (which actually have the highest antioxidant capacity. White sugar (refined), corn syrup AND agave syrup all showed MINIMAL antioxidant activity.

In fact, pure maple syrup has 24 known antioxidants. When available, choose Grade B maple syrup -- which is darker -- as it has a higher antioxidant capacity.

Manganese is often overlooked, but it is a vital mineral in our enzymatic systems for carrying out energy production, bone formation, and protein metabolism. Soil mineral loss related to high tech farming has created a depletion of the mineral manganese, making it more necessary to consciously seek ways to increase our intake of this mineral. 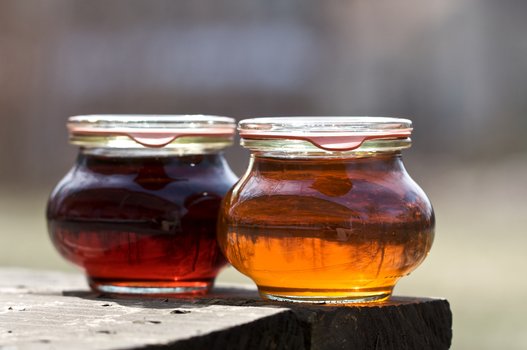