'This is the most significant test the market has seen in recent years,' said Benjamin Tal, CIBC's chief deputy chief economist 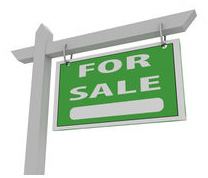 Canada’s real estate market will hit a slow patch in 2018 as tighter mortgage stress tests apply pressure and the impact could be exacerbated if an expected interest rate hike drives buyers to put off their home purchases, economists said Monday.

The Bank of Canada will make its first interest rate announcement of the year on Wednesday. Many observers predict will boost the country’s benchmark rate by 25 points to 1.25 per cent after the economy’s strong performance last year and a particularly strong jobs report from November. If the economy keeps pace, they believe that rate may be bumped up a few more times over 2018.

The suspected hikes could heap stress onto buyers already combating stricter regulations that were introduced by the Office of the Superintendent of Financial Institutions on Jan. 1 for uninsured mortgages, and elevated five-year, fixed mortgage rates that were pushed up by the CIBC, RBC and TD banks last week.

“This is the most significant test the market has seen in recent years,” said Benjamin Tal, CIBC’s chief deputy chief economist.

He expects a market slowdown to be seen as early as the first quarter as people who were hoping to scoop up homes weigh whether renting or living with family for a bit longer will pay off later in the year, when the country has grown accustomed to the new conditions.


“The big question though is to what extent investors will stop buying,” says Tal. “That will carry a big effect, but it’s still the biggest unknown.”

The Canadian Real Estate Association slashed its sales forecast for 2018 to predict a 5.3 per cent drop in national sales to 486,600 units this year, shaving about 8,500 units from its previous estimate due to the impact of the stricter mortgage stress tests.

On Monday, the association released a report revealing that national home sales rose 4.5 per cent in December from the month before and that the average national home price reached just over $496,500, up 5.7 per cent from one year earlier.

It said the bounce likely stemmed from buyers scrambling to nab homes before being forced to submit to the uninsured mortgage regulations, which requires would-be homebuyers with a more than 20 per cent down payment to prove they can still service their uninsured mortgage at a qualifying rate of the greater of the contractual mortgage rate plus two percentage points or the five-year benchmark rate published by the Bank of Canada.

“It will be interesting to see if the monthly sales activity continues to rise despite tighter mortgage regulations,” Gregory Klump, CREA’s chief economist, said in the report.

It also shared that the number of homes on the market increased by 3.3 per cent in December from the month before and December home sales were up 4.1 per cent on a year-over-year basis.

The improvements signal that the country is “fully recovering from the slump last summer” when there was a drop in sales before a set of policies introduced by the Ontario government in April produced the desired market slowdown in Toronto during the second and third quarters following a hot first quarter.

“The new OFSI measures and a shift to a rising-state environment should prevent speculative froth from building again, and contain price growth to a reasonable pace for the remainder of the cycle,” BMO Capital Markets senior economist Robert Kavcic predicted in a note Monday.

Looking across the country, he said Toronto home sales were in “a strong spot,” Calgary’s “remained steady” and Ottawa and Montreal were “continually showing better momentum.”

CREA said in December it had seen 60 per cent of all local markets surge in activity.

That spike came as no surprise to Toronto-based realtor David Fleming.

While agents typically avoid keeping listings up over the holidays, he saw many bucking their usual habit this year by leaving homes on the market because sales were so strong.

“There are definitely people who thought they had to close a deal before Jan. 1. and the numbers are really showing that,” Fleming said.

“I think it will take a couple months for buyers to wrap their heads around the new rules and for the country to see the affect.”