Business As Usual on Mountain Slopes, COP Closed Due to Cold Weather

Extreme deep freeze a challenge for skiers and outdoor events, but good news for snow making. 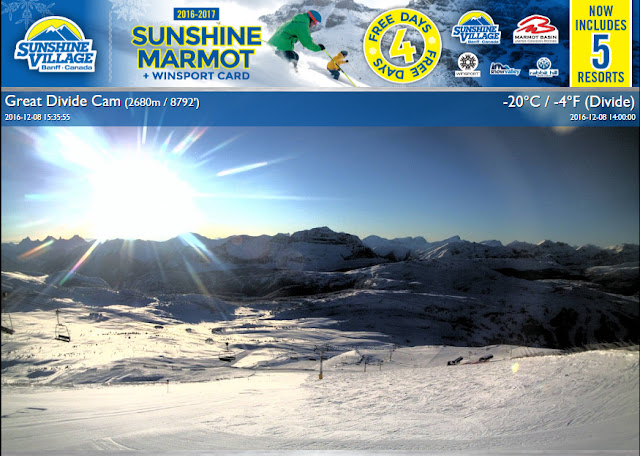 WinSport is extending its ski and snowboard hill closure at Canada Olympic Park through Friday as Environment Canada forecasts a high of –23 C and a wind chill that will make it feel like –36 C.

Normal operating hours are expected to resume Saturday and updates will be provided on WinSport's website.

Meanwhile, ski hills in the mountains west of the city remain open for die-hards this weekend despite the biting conditions.

"It's cold in the morning, but as soon as the sun hits the lifts things get better quickly, especially higher up the hill," said Dan Markham with Lake Louise Ski Resort.

"By Saturday we'll have 110 runs open, including three newly opened runs on the lower half of the front side. We're also opening some double black diamond terrain on Friday, including Whitehorn 2 Gullies B&C and North Cornice," Markham said.

A Mount Norquay spokesperson said the cold weather is helping them crank up their efficiencies on snow making and build on conditions there.

"We're actually pretty thankful for the cold. This is catch up time for snow making so it's a good thing," said Norquay's director of sales and marketing, Simon Moffat, who noted Norquay's lifts can run into the deep minus 30s, so operations aren't slowing down.

But he said Norquay's ski programs for kids start this weekend and they could be impacted.

"There's a cut-off temperature so we'll have to wait and see if that affects the camps and lessons this weekend," said Moffat.