Two Huge Recalls to be aware of 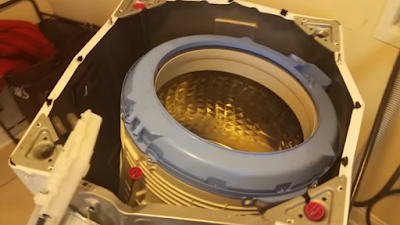 The top is said to have come off this Samsung washing machine Bangor, Penn. (Micah Martin/YouTube)


Fresh from a recall of its Galaxy Note 7 phone, Samsung says it is recalling some washing machines because the appliance's top can come off.

A recall of roughly 2.8 million washers covering 34 different models was announced Friday in the United States.

An updated Canadian recall notice for many of the same models, along with some Kenmore brand models built by Samsung, was issued on Nov. 4. Approximately 256,000 of the affected models have been sold in Canada.

Got a Samsung Galaxy Note 7? Mail it back in this flame-proof box
The U.S. Consumer Protection Safety Commission said Samsung has received 733 reports of washing machines experiencing excessive vibration or the top detaching from the washing machine chassis. The government agency said there have reports of injuries, including a broken jaw, injured shoulder and other impact- or fall-related injuries.

Health Canada said last month that it had not received any consumer reports of incidents or injuries related to the use of washing machines in Canada, while Samsung Electronics Canada Inc. had received 64 reports of the tops detaching in Canada, with 11 reports of minor property damage, and no reports of injuries.

The affected models were all built between March 2011 and this year.

Samsung Electronics Canada has recommended that consumers with affected models should only use the lower speed, delicate cycle when washing bedding, bulky or water-resistant material to lessen the risk of property damage or injury. 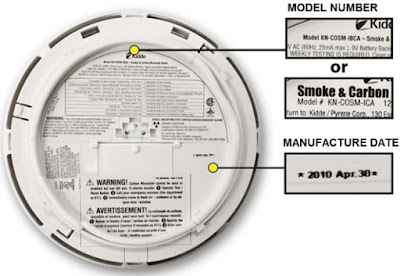 The model and manufacturing information of the recalled smoke detector and carbon monoxide alarms is located on the backs of the devices. (Health Canada)

A national recall has been issued for 1.5 million Kidde smoke detector and carbon monoxide alarms in Canada because they may not chirp in the case of an emergency.

The recall applies to two Kidde NightHawk models that are hard-wired into a home's electricity and were manufactured between June 2004 and March 2011. The affected models are:

"This could lead consumers to believe it is still working, which poses a risk to consumers not being alerted to a fire or carbon monoxide incident in their home," said the Health Canada recall notice.

The alarms are white, round and measure about 13 to 15 centimetres in diameter. The word Kidde is both on the front and back of the devices, while the manufacturing date is on the back and can be thought of as being in the three or four o'clock spot of a traditional clock.

People with the recalled alarms should stop using them and can contact Kidde for a free replacement or a discount on a new alarm.