Friday the 13th: Not as scary as it sounds 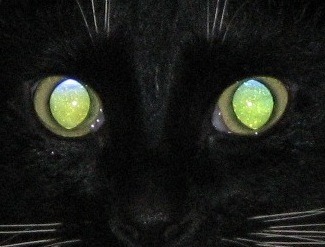 Silly though they may seem, superstitions can play an important role in some people’s lives by giving them a sense of control in otherwise karmically unbalanced situations. Who’s to judge anyone’s belief that a few grains of salt tossed over a shoulder can square things off with the universe?

But in some cases, superstitions can be debilitating.

“Any fearful superstition is one that brings on anxiety,” says Stuart Vyse, author of Believing in Magic: The Psychology of Superstition. “People get nervous about doing anything that could be construed as risky on Friday the 13th. Some people who might have a doctor’s appointment or surgery scheduled on that day would consider it a stressful situation or even try to reschedule. It heightens an anxiety that’s already there.”

In fact, Donald Dossey, a folklore historian, said to National Geographic that some people also typically avoid flying or engaging in financial activity on Friday the 13th.


“It’s been estimated that $800 or $900 million [U.S.] is lost in business on this day because people will not fly or do business they normally would do,” he said.

While Vyse says that superstitions often have multiple explanations, for habitants of the western hemisphere, the negative connotations attributed to Friday the 13th date back to biblical times.

It all started with the Last Supper where Jesus was betrayed by the 13th apostle, Judas. That numeral notoriety caused people to generally view 13 as unlucky, and for some, that especially pertained to the dinner table. This phobia even has a name: triskaidekaphobia.

As for the Friday part, Vyse says the day of the week that we otherwise revere for being the gateway to the weekend was already considered unsavoury because it was hangman’s day, the day that public hangings took place.

“Fridays were already an unlucky day in Europe,” he explains. “It wasn’t until the number 13 was disassociated with the dinner table and became a general number to be feared that it was linked up on the calendar to Friday. Suddenly, Friday the 13th became doubly fearful because of the confluence of two superstitions.”

But numerologists say there’s no need to fear the number.

“In the tarot, 13 is linked to the death card that symbolizes the Grim Reaper and getting rid of the old,” says Samantha Samuels, an astronumerologist in Toronto. “It’s also associated with the number four, which is the number of Uranus and represents unexpected events, shocks and surprises.”

What people don’t understand, however, is that numbers are a personal journey.

“In numerology, we use cycles that are tailored to the individual and relate personally to them,” she says. “You have to look at your personal year cycles and other numbers that are affecting you at any given time. There’s no reason to be wary of the number 13.”

For all intents and purposes, Friday the 13th is as safe, if not safer, than any other Friday. So, let’s go ahead and celebrate Friday the 13th for what it really is — just another chance to say TGIF.