Canadians ready to cash in on their property, poll finds; problem is, where to go next? 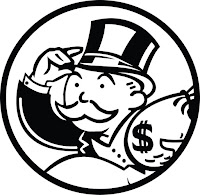 A new poll finds 41 per cent of Canadian with plans to sell their property are doing so to cash in and make a profit.

But the problem, according to the survey released Monday by Canadian Imperial Bank of Commerce, is 62 per cent say the cost of buying another house is making them “reluctant to sell” and move out of their current home.

“In today’s market, homeowners are facing a conundrum as to whether to buy, sell or stay put,” says David Nicholson, vice-president of CIBC Imperial Service.

The survey, conducted March 16-20 online with a margin of error of plus or minus 1.7 per cent points, 19 times out of 20, comes as the Greater Toronto Area housing market shows very few signs of slowing down.

The Toronto Real Estate Board reported  last week that overall prices for the GTA were up 33 per cent in March from a year ago with the average detached home in the city of Toronto selling for $1.56 million.

Rising values, which comes as some parts of the country are still watching their housing markets struggle, has policy makers grappling for a solution. Finance Minister Bill Morneau has pledged to speak with provincial and municipal officials in Canada’s largest city to work on a joint solution.

The poll finds that Canadians are worried about what the so-called solutions to the housing market might be with 48 per cent of homeowners, who are planning to sell, concerned that government tax and policy changes will lower housing prices.

Tougher rent controls continue to be discussed in the province, supported by a New Democrat private members bill, and the CIBC poll finds 28 per cent think that renting is a better option given current house prices.

More housing product could find its way into supply as the polls also finds 67 per cent of baby boomers, those 55 and over, plan to sell their homes with the top reason being to downsize at 63 per cent. Buying is also making baby boomers nervous about selling.

“Your home is where your heart is, but it’s also likely your biggest financial asset, so there is a lot to consider as you enter or near retirement that can affect your decision to sell or not,” said Mr. Nicholson.

In the millennial category, 39 per cent of those aged 18-34 are now homeowners, the rest renting or living with family. Another 23 per cent of millennials believe they will never own a home.

Overall, 62 per cent of those surveyed were homeowners, 31 per cent rented and seven per cent lived with parents or family.