Had lunch a couple of weeks ago with a wonderful Calgary couple in the middle of this non-stop snowstorm of 2018, which got us talking about vacation homes.

The talk went from Palm Springs to Phoenix, then north to Kelowna, where these folks own a getaway retreat.

Correction. They owned a getaway retreat. 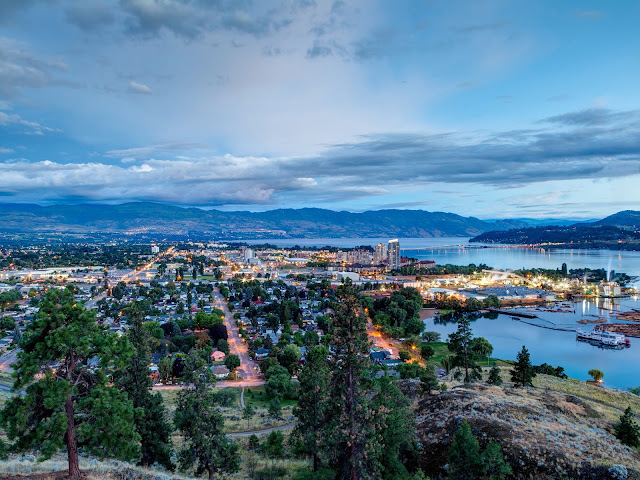 With a proposal to introduce a non-resident speculation tax, as well as a suite of other residential-related taxes, by B.C.’s minority NDP government, their Kelowna condo was immediately listed and sold.

Their plans are now to spend some time, and money, in Palm Springs, rather than Kelowna, which I doubt is what B.C.’s NDPs had in mind. But, that’s speculation on my part.

In case you’ve been on vacation in California or Arizona, or have awoken from hibernation, hoping spring has arrived (have a shot and get back on the cot), here’s how the speculation tax is being proposed.

Non-residents of B.C. who own a secondary property in areas identified by the B.C. government (Metro Vancouver, Kelowna, West Kelowna, Nanaimo-Lantzville, Abbotsford, Chilliwack, Mission and the Capital Regional District around Victoria on southern Vancouver Island, excluding the Gulf Islands and Juan de Fuca) will be subject to a one percent tax, if that property is vacant more than six months of the year.
For example, a condo valued at $600,000 would be taxed $6,000 per year. And that’s only for the first year.

The entire suite of taxes being proposed will have the most effect on people living in B.C., according to a Royal LePage Advisor Survey of 535 real estate professionals in B.C. and Alberta.

When asked, 85 percent of B.C. advisers said the new tax policies have hurt consumer confidence in residential real estate across the province. Additionally, 78 percent believe home sales will decrease within the first three months of the announcement of the new policies, while 57.3 percent are of the mind prices will also decrease.

“The expected impact of the proposed housing taxes announced in British Columbia should not be taken lightly,” says Phil Soper, president and CEO, Royal LePage. “Homeowners across the province will feel the effects as major policy changes like this are also amplified by a drop in consumer confidence. We saw this happen in 2016 when the previous government launched a tax on foreign investors. A small number of international purchasers withdrew from the market — along with a huge cohort of domestic home buyers.

“Canadian home buyers from coast to coast were already struggling with new federal restrictions on access to mortgage financing. We expect the impact of the new government’s housing tax policies to be even more pronounced as they will force Canadians, Americans and potential buyers from elsewhere in the world out of the market.”

It is also the belief of 72.6 percent of advisers here that Albertans will now go shopping for property in Alberta, while 46.7 percent believe they will look in the U.S. for secondary properties.

It is the belief of the B.C. government the speculation tax will result in more housing for British Columbians, however, a mass exodus of Albertans and other out-of-B.C. property owners will have negative ramifications.

“We expect the new taxes will materially impact communities that rely on recreational property markets for the health of their local economy,” said Soper. “There will be some Canadians in British Columbia and across the country that will choose to sell their properties in the province as the new taxes add to the cost of homeownership.

“There are further unintended consequences from these kinds of policy changes. If property values decline, property tax revenues decline. Local municipalities will have to deal with this added burden.”

When asked, 81.5 percent of advisers said the proposed new tax policies have already caused interest from Canadians living outside of the province to decrease, with 73.8 percent believing that the move will result in many selling their properties. This is predominantly led by the impending speculation tax, which 90.8 percent of respondents believe will impact sales in the province from prospective homeowners located in other areas of Canada, especially Alberta.

Personally, I don’t see how this will free up a significant amount of housing for people in the designated markets, which have the most expensive housing in Canada.

It would require a full crash of those housing markets to see increased inventory and prices drop to levels more people could afford, which is something no one should want to happen.

Soper doesn’t see the speculation tax, nor the other proposed taxes as being the answer, especially in Vancouver, but offers a solution.
“There is a structural housing shortage in Vancouver itself,” he says. “There are no quick fixes through housing policies. A determined effort to reduce the time and expense it takes for developers to work through the regulatory process will increase supply. There is clearly a need to increase density in the lower mainland with a focus on vertical dwelling and encouraging the development of condominium projects.”