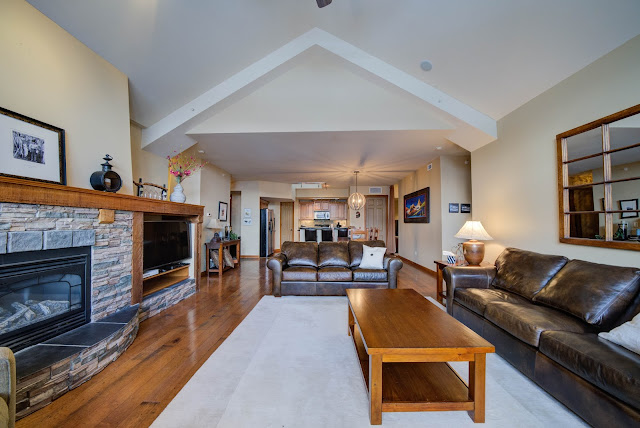 Click the link below for a video tour of this listing. 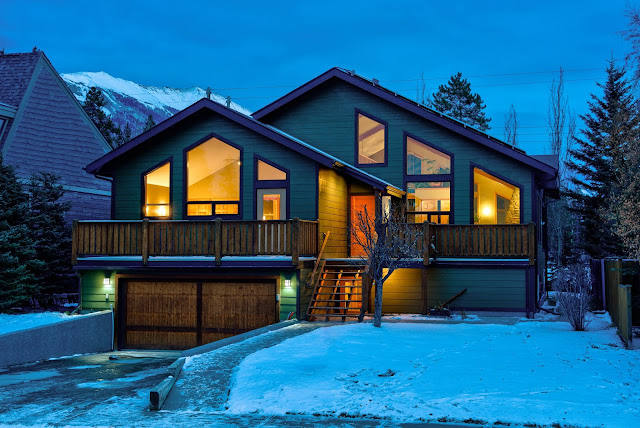 Lion's Park custom 6 bedroom 3 bathroom home. Gorgeous custom-built & carefully designed home with the best location and views in the Lion's Park neighbourhood, backing right onto the Park. The installed solar panels easily attain "net-zero" status, eliminating electricity bills! The energy efficient design means your heating bills will be very low. The open concept living/dining/kitchen area has a vaulted ceiling for tons of light and views. Three massive decks allow you to enjoy almost 360 degree mountain views at any time of day. Huge master bedroom on main level has panoramic views of the Rundle Range, there's also 2 more bedrooms on this level, with 3 more bedrooms and a family room on the lower level. Ski tuning room/workshop has multiple work benches and space for all the skis and gear. Double garage provides space for all the bikes and gear you could need. Step out your back door Lion's Park with tennis courts and kids' park.

Click the link below for a video tour of this listing.

Banff to Close Downtown to Vehicles this Summer 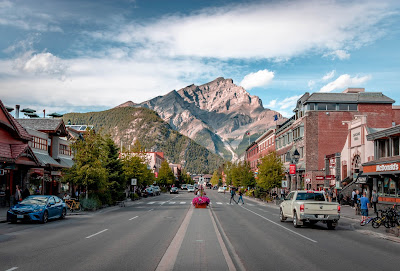 “First and foremost, this is about public safety and trying to ensure we don’t get a spread of COVID in our community. But we need to understand we have businesses that are hanging on by thread and we need to do everything we can," said Mayor Karen Sorensen.

BANFF – Most of Banff’s downtown core will be closed to vehicle traffic this summer.

On Monday (May 25), council decided to close the 100 and 200 blocks of Banff Avenue and a portion of Caribou Street from June 5 to Sept. 11 to provide more space for people to physically distance during the COVID-19 pandemic.

“First and foremost, this is about public safety and trying to ensure we don’t get a spread of COVID in our community,” said Mayor Karen Sorensen.

“But we need to understand we have businesses that are hanging on by thread and we need to do everything we can.”

Administration didn’t recommend closure of Wolf Street to vehicles because it’s considered a critical link through town from the west to Tunnel Mountain and the campground as well as The Banff Centre.

However, based on feedback from some businesses, council set aside $15,000 to allow for outdoor seating on Wolf Street “should administration deem it appropriate and safe to do so.”

Francois Pace, general manager of the Earls restaurant in Banff, said the plan for a downtown pedestrian zone as part of the economic recovery plan is the lifeline that all businesses need.

“If Wolf Street is not included, that will have a devastating effect for us and all other businesses on Wolf Street,” he told council during Monday’s meeting.

Given current provincial guidelines for safe operation of restaurants, including social distancing requirements, Pace said this means Earls would go from 270 seats to 96 seats, including the sidewalk patio, which would have four tables of four.

From the closure of Earls on March 16 to reopening May 15, he said there has been $1.1 million in lost sales and he expects to lose another $1.9 million over the summer compared to pre-pandemic predictions.

“Our restaurant has been hit hard and we are struggling, and closing the patio would be a paralyzing blow and akin to being kicked while we are down,” he said.

With creation of a pedestrian zone on Banff Avenue and Caribou Street, with outdoor merchandising and sidewalk seating for restaurants, Pace fears this will mean less foot traffic for Wolf Street.

“We deserve to be included in the plan for the recovery downtown because we are part of downtown,” he said. “If we are not, you will give businesses on Banff Avenue an advantage, creating an unfair playing field, which would affect our revenue.”

Traffic congestion, and the impacts on neighbouring residential streets such as Beaver and Muskrat, is a big concern this summer with closing the 100 and 200 blocks of Banff Avenue.

Darren Enns, the Town’s director of planning and development, said it’s also anticipated there will be much lower use of public transit because of perception around public safety, but added motor coach tour group traffic will be eliminated.

He said how busy tourist attractions are on the south side of the Bow River, such as the Upper Hot Springs, Banff Gondola, Cave and Basin National Historic Site and Banff Springs golf course, will also play a role.

“Their opening is usually a huge influence on Bow River bridge traffic and as an extension, the attractiveness of those destinations will have a huge impact on congestion this summer,” said Enns.

Councillor Corrie DiManno is keen to push traffic management this year, noting there are concerns that vehicles will be circling the downtown looking for parking and causing traffic backups.

“How do we divert as many vehicles as possible to parking at the Fenlands and the intercept lot at the train station and not even letting those cars downtown?” she said, asking if closing parking lots like Central Park and Beaver Street to visitors has been considered.

“I agree this is about public health and safety, but from what we’ve seen around the world, this will also be an attraction in and of itself. Even this weekend … Central Park parking lot looked like a summer day and that’s worrisome.”

Coun. Peter Poole questioned if it was possible close parking at various venues on the south side of the river, given bottlenecks associated with the Bow River Bridge and Buffalo Street-Banff Avenue intersection can cause huge traffic delays.

“There is concern for people who live on the south side of the river,” he said

Enns said the plan is to have full-time traffic flaggers actively controlling traffic at the west entrance parking lots and downtown, which makes up part of the $175,000 budget approved by council for this downtown pedestrianization initiative this summer.

“It’s not so much to keep vehicles moving, but moving them to where we want them to go.”

The Town’s pedestrian counters show there can be as many as 25,000 to 35,000 pedestrians on Banff Avenue on a busy summer day, but officials say visitor numbers won't be anywhere near that this summer.

They say municipal enforcement and RCMP, and potentially cameras, will keep an eye open, and the economic recovery task force is looking to hire ambassadors to help guide visitors to be safe and keep the two-metre social distancing requirement.

“I think it’s fair to say that if we see a situation that is unsafe, we’re going to start adapting very quickly,” said Enns.

While the main thoroughfare of Banff to vehicles will have impacts, Mayor Sorensen said this summer will look nothing like previous summers.

“It just can’t be without international flights,“ she said, adding it also unknown when the U.S. border will open.

“The projections is if our businesses are 30 to 40 per cent that will be considered good.”

Banff National Park has had four confirmed cases of COVID-19, with three patients recovered and one case still active.