Calgary's suburbs are 'no place to grow old,' says researcher 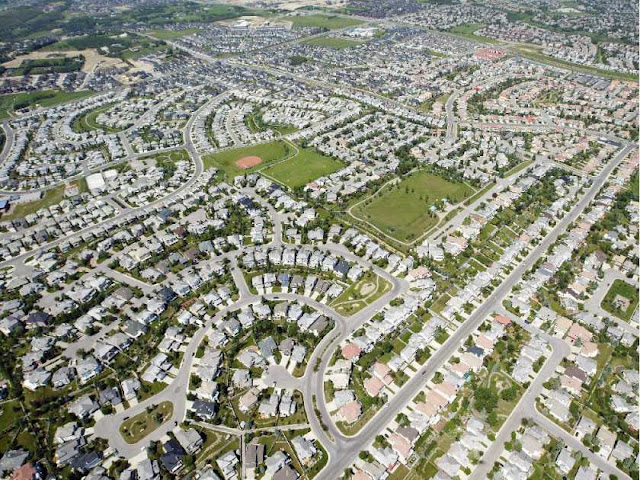 
It was a conversation a decade ago with a friend who worked as an old age psychiatrist that spurred Glenn Miller to research how Canadian suburbs can become age-friendly.

“He said, ‘You planners, you’ve got to do something about a problem I deal with every day,'” Miller said.

The problem Miller’s friend faced again and again was advising patients they shouldn’t be driving anymore.

The doctor had countless stories about adult children doing whatever it took to prevent their parents from getting behind the wheel, from hiding car keys to removing parts of a vehicle so it wouldn’t start.

For many people, being told it’s time to stop driving can end life as they know it.

“The biggest problem is the risk of isolation,” said Miller, a senior associate with the Canadian Urban Institute in Toronto. “Driving is your way to engage with people in the community. You lose the ability to freely go about your daily routine.”

Inspired by the long-ago conversation with his friend, Miller recently authored a 26-page report examining aging and city planning, released last week by the Institute for Research on Public Policy, a national think tank.

The report concludes municipalities across the country must rethink development policies to deal with the impact of car-dependent suburbs that leave seniors with limited mobility isolated — a topic that’s especially pertinent to Calgary, a traditional poster child for suburban sprawl.

“It is fair to say that our current suburbs are no place to grow old,” Miller states in the report.

“We’ve created all these places that were great for the family formation years, when people were raising their kids and driving around here, driving around there,” Miller said.

But, as Canadians age, “they’re in places where they can no longer get to anything easily if they don’t have a car.”