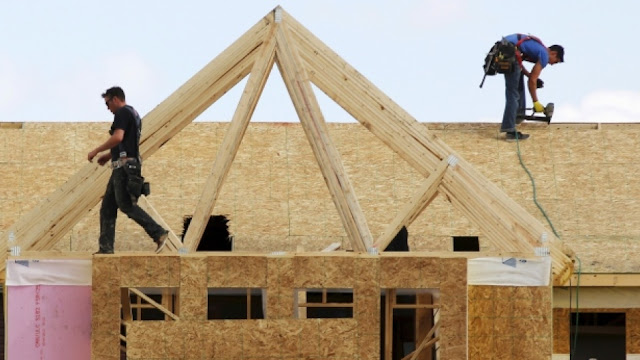 Not just a big city issue!

In February the average price for a detached home in Toronto reached $1.5 million, according to the Toronto Real Estate Board.

That city's soaring market has people worried about affordability, and looking at different solutions.

Some are looking at a tax on purchases by foreign buyers — like the one Vancouver introduced last year to cool its hot housing market.

But according to The Tyee reporter Geoff Dembicki, real estate developers know there is "a huge demand" for less expensive housing — but it appears they have no interest in responding to that demand.

"The industry is acknowledging that there's huge demand for more affordable homes, but because it believes that because inequality across our society is so entrenched and is probably going to widen over the coming decades, that the real estate industry is effectively saying, 'Well, because the middle class is hollowing out, that's not a good bet for our industry so we're going to focus more on wealthy consumers.'"

That's what Dembicki said he learned from the recent industry report Emerging Trends in Real Estate — United States and Canada 2017.

This annual publication, produced by PwC and the Urban Land Institute, "describes itself as one of the most widely read and influential reports in the real estate industry," Dembicki says.

The report is based partly on the responses from surveys from more than 1,500 individuals including investors, developers, and those working in property companies and real estate firms. More than 500 people were also interviewed by the ULI and PwC.

In the report, Dembicki says, the industry acknowledges that it's problematic that a lot of the new housing being built is not affordable to people earning middle incomes — and that this is a vulnerable point for the industry.

However, Dembicki says the report indicates that overall the industry isn't interested in addressing the situation.

"Effectively when the industry talks to itself its saying, 'Well there are huge wealth divides in Vancouver and Toronto and  San Francisco and New York and we don't see these going away anytime soon. In fact we see those divides spreading to other cities and so we're going to hedge our bets and cater to the more affluent end of society because that's how we're going to make money.'"

He points out that the report has some "vivid imagery" when discussing this inequality.

"It compares the experience of living in a city like Vancouver or Toronto to being at an invite-only party," Dembicki says.

"If you can imagine the central cores of these cities, the most desirable areas, the walkable areas, they're kind of ringed off from the rest of the city by what the report called a velvet rope. So anyone who's inside the velvet rope gets all the benefits of being at this glamourous party and living in this globally connected city, and the rest of us are standing on the sidewalk hoping the bouncer pays attention to us."

In the section of the report focusing on Canada, one of the industry professionals surveyed said that government needs to increase the supply of housing.

"If there was enough supply there would be no affordability issue," the interviewee said, while others also cited municipal and provincial red tape and lengthy approval processes as factors limiting supply and driving up costs.

Dembicki however, doesn't buy that argument.

"Affordability is a very complex equation and there's a whole bunch of factors. The reason I'm a bit skeptical of that argument is because it aligns very nicely with the financial interests of the real estate industry. They want areas opened up, they want more units on the market, they can barely keep up with the demand for more affluent buyers as it is."

As for what hope there is for middle income earners wanting a place to live, Dembicki, a young reporter living in Vancouver, says he grapple with it himself.

"To me it felt really cathartic to know there are larger forces behind this affordability, and it's not just my inability to earn enough money or get by, so I have hope that if this conversation continues, and if the political awareness around it, and pressure begins to mount, we'll see some interesting solutions."