Canmore Does It Right at the Paralympics

Canmore is a place where many Olympic Athletes train and live. With the Pyeong Chang Olympics this year the big joke in town is "You only know one Olympic Athlete?".  This year a few outstanding athletes from Canmore cleaned up at the Paralymics.  Here are three articles applauding our local athletes.


Arendz goes 5 for 5 at the Paralympics 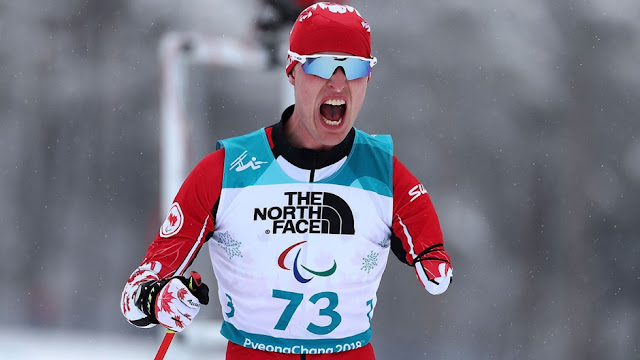 Mark Arendz will come home with at least five Paralympic medals around his neck, a record haul for the three-time Paralympian.

He capped off a career week with a bronze medal in the 10-km classic cross country standing event finishing 20.3 seconds behind the winner Yoshihiro Nitta of Japan, March 17.

The bronze medal marks five medals in five events for the 28-year-old in PyeongChang and the seventh Paralympic medal of his career.

“It feels amazing,” said Arendz. “It just proves that the programs on the skis have been running well and I think it also proves how well the team is running. Every aspect was well taken care, well looked at before we got here.”

He followed up those events with a bronze medal in the 1.5 km classic sprint, his first career medal in cross-country skiing.

Determined to stand atop the podium, he finally tasted gold after winning the 15-km standing biathlon on March 16 – a career high for the P.E.I native.

During his postrace interview he struggled to pick which achievement stood out the most, however it was clear the gold medal was the heavy favourite.

Capping off the best week of his career, Canmore's Mark Arendz was all smiles as he carried the Canadian flag into the closing ceremony of the 2018 Paralympic Winter Games in Pyeongchang, South Korea, March 18.

The three-time Paralympian won six medals in six events, including a long sought after gold in biathlon and a bronze medal in cross-country, his first in the sport.

He also won a silver in the 7.5-km biathlon and a bronze medal in both the 10-km cross country race and the 12.5 km biathlon.

If that wasn’t enough, he added a silver medal to his resume after anchoring Canada in the 4x2.5-km mixed relay event, March 18. Canmore's Emily Young and Chris Klebl also took home silver in the team event along with fellow Canadian Paralympic athlete Natalie Wilkie.

The 28-year-old now has eight Paralympic medals including a silver and bronze in Sochi and was the most decorated Canadian Paralympian at this year's Games.

"This is an absolute honour and a privilege to receive the flag from my teammate, mentor and hero Brian McKeever to lead a record-setting group of Canadian athletes into the Closing Ceremonies," Arendz said in a press release.

"I suffered a very serious injury as a young boy growing up in small town Prince Edward Island. My performance this week is proof to young boys and girls across this country that regardless of where you are from and the challenges in front of you – if you dream big and work hard in pursuit of your goals – incredible things can happen in life. Like Brian has done for so many of us, I hope the next generation of young Canadians see me carrying that flag in and are inspired the same way I was to chase their dreams."

Todd Nicholson, chef de mission of the Canadian Paralympic Team, had only kind words and praise for the Arendz.

"Mark has been one of the absolute standout stories of these Paralympic Games for Canada," said Nicholson, in a press release.

"He has been one of the busiest athletes here in PyeongChang and to have won five medals including his first Paralympic gold is just unbelievable. He is a phenomenal Canadian, athlete, and person, and we are in awe of his talent and unrelenting dedication." 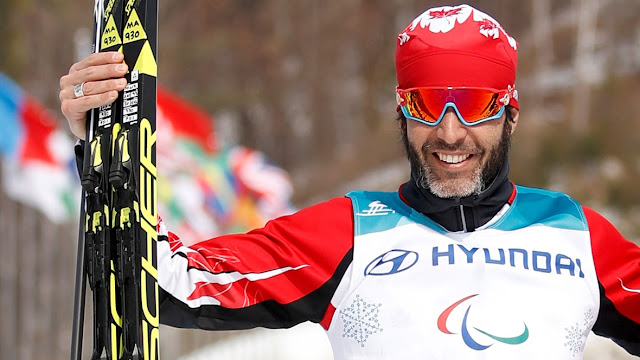 The 38-year-old of Canmore, Alta., raced to his third straight Paralympic title in the men's cross-country 20-kilometre visually impaired freestyle event in a time of 46 minutes 02.4 seconds alongside his guide Graham Nishikawa. It was also McKeever's 11th Paralympic gold medal.

Earlier this week, McKeever led the Canadian contingent as the flag-bearer for the opening ceremony in his fifth Games.

He'll look to improve on his medal total on Wednesday in the 1.5 km sprint.

Canada's Emily Young and Natalie Wilkie finished fifth and sixth, respectively, in the women's 15 km standing free. Young, from North Vancouver, finished with a time of 51:51.4, while Wilkie of Salmon Arm, B.C., clocked in at 52:12.9.