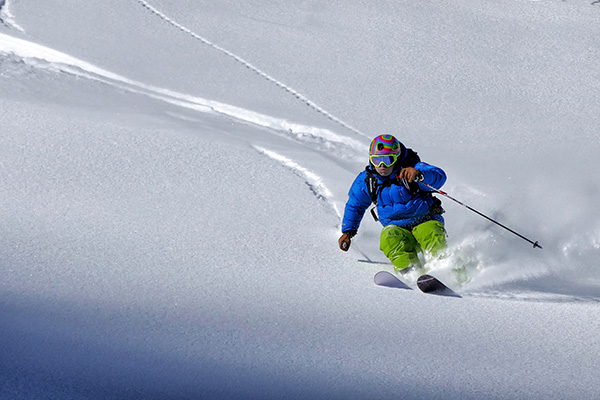 Despite a struggling economy, Calgarians are still buying mountain homes, whether in Alberta’s playgrounds of Canmore and Kananaskis, or in nearby B.C. hotspots in the Kootenays and Okanagan.

Canmore has always drawn people in droves, says Ann Keith of RE/MAX Alpine Realty. “The same things that have called people to the mountains have not changed,” she said.

What has changed is that buyers now find a four-season resort town with golf courses, a 77,000-square-foot rec centre and abundant opportunities for hiking, biking and rock climbing.

While Canmore remains the most expensive place to live in Alberta, Calgarians are still the main recreational property buyers, with a growing number purchasing pre-retirement and retirement homes.

“They generally have their finances in order and don’t need to borrow money,” said Keith.

While older buyers are purchasing single-family homes (generally, $600,000 and up) in areas like Three Sisters or Silvertip, Keith says younger professionals in their 40s and 50s are buying townhomes of about 1,000 square feet in the $500,000-plus price range.

“THE SAME THINGS THAT HAVE CALLED PEOPLE TO THE MOUNTAINS HAVE NOT CHANGED.” – ANN KEITH, RE/MAX ALPINE REALTY


When looking for investment or rental income, Keith cautions that some municipal zoning prevents short-term rentals.

She has seen renewed interest in Canmore, with many Alberta buyers deterred by B.C.’s new speculation tax in popular locations like Kelowna and Victoria. The tax is one per cent (of assessed value) on second homes not rented out six months each year.

However, some popular B.C. winter getaways like Radium and Invermere are currently exempt, and Kodi-Lee Logan of Royal LePage Rockies West says that while the area continues to see retirement buyers, she is also noticing several younger buyers. They want summer activities on area lakes, along with snowshoeing, skating, ice-fishing and skiing in the winter.

She says buyer numbers have been solid the last two years, with 2018 slightly down from 2017. Most Alberta buyers were looking at properties priced under $400,000, which are abundant in Invermere, where a two-bedroom condo is priced in the low $200,000s.

Kootenay Real Estate Board statistics from 2017 show Albertans are well represented among homeowners in Radium Hot Springs/Fairmont/Columbia Lake (65 per cent), Panorama (70 per cent) and Invermere (47 per cent).