How to avoid the flu and stay healthy longer

The flu season has arrived in Canmore.  Many people are sick or not quite feeling right. Here are some tips to keep the bug at bay. 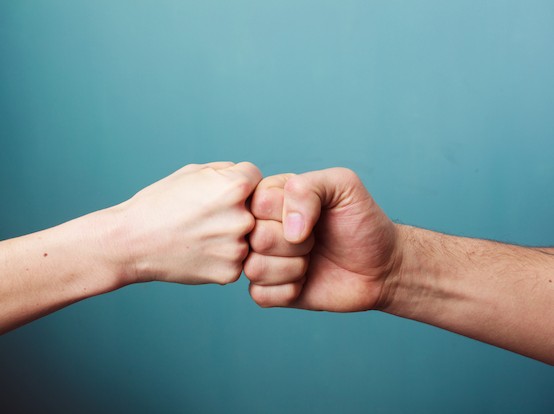 As temperatures and leaves fall, cold and flu viruses are on the rise. Whether you’re trying to avoid the office bug or stay healthy while you’re out networking and hustling, here are five key ways to avoid going viral (not the social media kind) this flu season.

When late-afternoon cravings hit, what could be more appealing than that plate of homemade treats beckoning from the lunchroom? Unfortunately, stomach flu strikes when infected, highly contagious fecal particles find their way to your mouth — often via contaminated food. A 2015 survey revealed that about 60 per cent of men and 40 per cent of women don’t routinely wash their hands with soap after using a restroom, which means your chances of encountering a wayward virus from shared food are considerable.

Not only that, but a 2013 study from the University of Arizona showed that just one sick worker can infect over half of the office by lunchtime — one of the worst spots being the communal coffee-pot handle.

Stock your desk with healthy snacks so you’ll be less likely to give into temptation, especially if there’s a stomach bug going around your work.

If you must use the shared coffee station, sanitize your hands afterwards to avoid picking up more than just your cup.

Nothing says business like a firm, effective handshake. Unfortunately, it’s also an effective way to spread cold and flu viruses. In fact, handshakes are so notorious for transmitting bugs, some doctors recommend banning them altogether from hospitals. Thankfully, there is a less germy alternative: fist bumping.

Researchers in a 2014 study from the UK discovered that a friendly bump resulted in about 90 per cent less bacteria transfer than the traditional handshake. Although the fist-to-fist spread of viruses wasn’t specifically studied, the mechanism is likely similar.

If a handshake is unavoidable in your particular business situation, keep your hands (and newly acquired germs) far away from your face, food and drink until you have a chance to wash them.

The nose is your body’s primary entry point for cold viruses, therefore making it the first line of defence. When the weather gets chilly, indoor central heating turns on, reducing ambient humidity. This dries out and thickens your nasal mucous, making it much more difficult for your cilia (tiny, moving hairs) to whisk away pesky germs.

Interestingly, a 2014 Yale study also discovered that cold noses are significantly worse than warm ones at defending against the common cold virus.

If your work plans involve flying, be extra cautious. A study from the University of Victoria indicated you’re about 100 times more likely to catch a cold during plane travel — likely due to the combination of low cabin humidity and increased exposure to viruses from shared air.

Keep your nose in tip-top shape by drinking plenty of water and deploying a humidifier near your desk, aiming for 30-to-50-percent humidity levels.
If you’re hopping between meetings outside on a cool day, bury your nose in a scarf to keep it warm.
Be sure to lubricate the inside of your nose with an over-the-counter nasal gel or even petroleum jelly before a flight.

Keeping your hands clean is essential for keeping viruses at bay — and an alcohol-based hand sanitizer can be one of your best allies. In fact, research shows that office workers who use it five or more times a day can cut their risk of developing colds by an impressive two thirds.

Be sure to choose a brand with at least 60 per cent alcohol, which is most effective for disrupting viral cells. And don’t skimp when you pump! If your hands are dry within 15 seconds of applying the product, you’re not using enough.

Stow hand sanitizer on your desk and in your work bag for easy access on the go.
Keep in mind that it may not neutralize all gastrointestinal bugs, so you might want to opt for a soap-and-water scrub if stomach flu is making the rounds.

Although sleep is often sacrificed when you’re facing an urgent deadline or travelling for business, it’s especially important that you get enough during flu season. Sleep deprivation has profoundly negative effects on your immune system, ranging from suppression of virus-killing T cells to an increase in inflammatory proteins.

Not surprisingly, a 2015 American study demonstrated that volunteers who slept fewer than six hours per night were four times more likely to fall ill when exposed to rhinovirus, a major culprit for the common cold.

Set an alarm for both wakeup and bedtime if you have trouble sticking to a regular schedule.
Aim for seven to nine hours of sleep per night to keep your immune system happiest.
If you’re crossing more than five time zones for a business trip, talk to your doctor about possible prescription and alternative sleep aids (like melatonin) to help you slumber sweetly when you arrive.