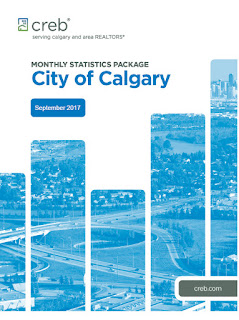 Inventory increases and sales drop in September, but overall sales for the year remain higher than last year.


City of Calgary, October 2, 2017 – Strong gains in the first-half of 2017 has put the Calgary year-to-date sales at seven per cent above last years’ levels and 11 per cent below long-term averages, but challenges remain with easing sales and rising new listings.

Inventories rose across all property types to 6,861 units, while both apartment and attached-style properties saw the highest inventory on record for the month of September.

“The recent rise in inventories is preventing further price recovery as sales activity has moderated over recent months. This does not come as a surprise as sales activity is expected to remain modest by historical standards until more substantial economic improvements take hold,” said CREB® chief economist Ann- Marie Lurie.

“Some may consider this a setback, but it is important to note that recent movements are balancing out the higher than expected gains that occurred in the first-half of the year.”

New listings in September totaled 3,266 units, a year-over-year gain of nearly 10 per cent.

“There are several factors influencing new listings. Given the falling prices over the past two years, some sellers were waiting for market conditions to improve prior to listing their homes. More stability in the market has prompted many of those sellers to no longer delay their listing decision,” said CREB® president David P. Brown.

“In some segments, rising new home inventories are also impacting total housing supply. Ultimately, prices are affected. However, this inventory also opens up opportunity for buyers to step up into a home that was financially unattainable.”

Condominium apartment prices remain four per cent below 2016 levels and twelve per cent below 2014 highs. This sector continues to struggle with price declines resulting from excess supply as months of supply pushed above eight months.

For the full .PDF report with statistics click here.
Posted by Team