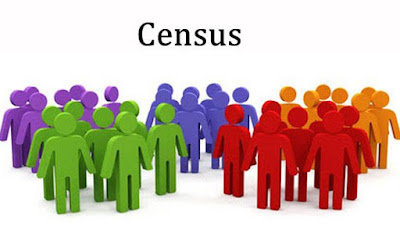 
There are more permanent residents living in Canmore than ever before and the community has taken the dubious honour of being the most expensive place to live in all of Alberta. It is also home to some of the more well-above-average income earners in the country.

According to the results of Statistics Canada’s 2016 census, the permanent population of Canmore has reached 13,992 individuals – a seven per cent increase from the 2011 census that found 12,288 permanent residents in the community.
For Biosphere Institute program associate Bruce Gleig, the population count represents modest growth in the local population.

“In a lot of ways, this was a bit of a positive thing,” Gleig said. “One thing there were concerns about over a decade ago, from 2003-2005, was a recorded negative population and stagnation of growth.

“When your population was shifting as radically as it was in the mid 2000s, there are concerns and this time there is a slight increase in the permanent population. It is not the runaway growth of the ‘90s either. It is much more modest manageable growth and, as part of that, we think there is a trend toward more permanent residents.”

From 2006-2011, the federal census found zero increase in the permanent population of the community, whereas in 1986 the population recorded was 4,182.

Gleig said the feds do not calculate non-permanent resident numbers, but the 2014 municipal census focused on better understanding that number and established a number of 3,884, significantly lower than the 5,982 counted in 2011.

Municipal clerk Cheryl Hyde, who manages the municipal census, said methodology used in the past to calculate Canmore’s second homeowner numbers was revised for the 2014 analysis. While previously non-permanent residents were considered to make up 30 per cent of the Town, the most recent analysis puts that number closer to 20 per cent.

Gleig said it is possible that some of those non-permanent residents have since moved to the valley permanently.

“We do have population growth overall and shifts in these categories,” he said.
Other interesting trends in the local population include that people over the age of 55 have increased in numbers by 37 per cent from 2011-16 and the number of people 14 years old or younger also grew from 1,850 to 2,050 – an increase of 10.8 per cent. However, as an overall percentage of the population, the number of children and families has declined.

“That really to me showcases the demographic changes in Canmore, because as the population has grown bigger, the overall number of families with small children has not really increased substantially,” Gleig said.

Gleig spoke about the population numbers as part of an eighth iteration of the Community Monitoring Report, which he presented to council at its committee of the whole meeting in October. The report is a $30,000 project completed every other year that tasks Gleig with the job of in-depth data collection and analysis of a variety of factors at play in the community.

The consistent format followed since it began has allowed the work to provide a thorough and data-rich understanding of trends affecting the community.
“Every time we modify it to reflect the strategic plan of the day,” Gleig said. “This year’s report has seven categories from the strategic vision: people, place, service, safety, economy, affordability and environment.”

Affordability trends saw some changes Gleig highlighted for council, except Councillor Ed Russell, who was absent from the meeting.

Coun. Sean Krausert also pointed out that for 2015, half the population of Canmore earned $50,000 a year or less. With council undertaking to understand what a living wage is for the community, he said those numbers are concerning.
“It means half of our population potentially is earning less than a living wage,” he said. “That is a concerning trend.”

The percentage of individuals in the community that earn over $100,000 has reached a point where it has surpassed national and provincial rates.

Gleig said the numbers are showing increases to average incomes, which looks great if everyone was actually making more money, but a closer look shows not all the money is coming from employment locally.

For Canmore, the income profile in 2015 from Statistics Canada shows that 19 per cent of income for residents comes from investments, where as the provincial average is 11 per cent and nationally seven per cent.

“The scale of this is really substantial,” he said. “We know, and this goes back to Coun. Krausert’s point, if you make less than $50,000 or less you are unlikely to have investments to generate three times the national average in income earnings.”

Gleig said there is a growing gap in Canmore between those who have money and those who don’t.

“This tells us more people with money are getting richer and people working for their money are not necessarily keeping up with that,” he said. “This isn’t necessarily a bad thing, but it says perhaps there are reasons some of the market is the way it is and it is not strictly tied to wages.”

The provincial spatial price index was included in the monitoring report. The survey is prepared by the Alberta of Government and analyzes the cost to live, including food and shelter prices.